Installing a video surveillance system at the entrances to a house or in a shop may appear to be an innovative and decisive security solution.
However, if we study this in depth there are many aspects which are often not taken into consideration, before investing in a system of this type, which may even prove to be quite costly.

Video cameras are now present in many public places, on vehicles, at traffic lights, in almost all supermarkets etc.; they have become the “society’s eyes”, a form of control which over the last decade has grown exponentially.
Their presence has a dual effect: on the one hand, they represent a form of guarantee for the general public, which feels more controlled and protected, but, on the other hand, there are issues linked with privacy:

“The requirement is the freedom of the general public, which must be able to circulate in public places without feeling too much invasion of their privacy. But it is also necessary to consider at the same time the needs of security and safety of the general public. The watchdog has therefore established that video surveillance activities are allowed if the following principles are complied with: lawfulness, necessity, proportionality purpose.” 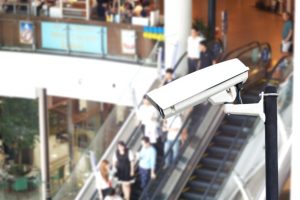 The installation of video cameras in private premises is also increasingly widespread to combat unwanted intrusions and thefts, which is a widely felt and serious problem.
The role that a security video camera, certified by a mandatory sign, can have in the protection of premises is twofold: the main purpose is that of filming a criminal whilst committing a crime so that he/she can then be recognised, but at the same time it can act as a deterrent for a thief before committing the crime. In fact, the video surveillance system serves “firstly” to discourage the thieves and “afterwards” to recognise the criminals, but in itself it does not prevent or obstruct the thefts. 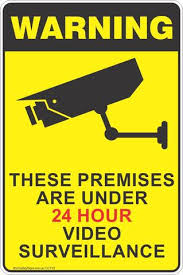 In fact, the term “security video camera” is quite generic; even though the control function (unless it is switched OFF) is definitely a bonus, it cannot be considered to be a security system on a par with mechanical closing and/or an electronic alarm.
One should really consider video surveillance (installed correctly, and not merely in a DIY manner) as a valid ally for security locks and anti-theft devices for the protection of one’s home or business premises, for “preventing or looking after”.
However, one should also bear in mind that it is not sufficient to install just any kind of video camera. The same rule applies that we repeat every time in our blogs with regard to locking systems: they are not all as good as each other!
The choice of the model suitable for one’s particular needs is a delicate issue which we will cover in a future blog, where we will also talk about how to best position the entire video surveillance system. In general terms, it is always best to request the intervention of experts in the field and avoid the purchase of low-cost products, which could prove to be useless (producing, for example, extremely grainy recordings, which do not allow the criminals to be recognised, due to the poor quality optics). 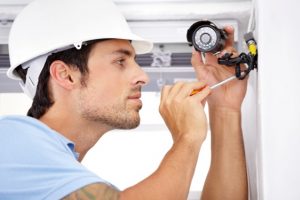 Summing up, it may be said that relying only on the control or deterrent function of video cameras could prove to be insufficient and risky because, as we have seen, it cannot replace a mechanical and electronic protection system, the presence of which is the minimum and necessary condition for protecting areas potentially at the risk of theft.