To try to answer the question contained in the title, we ended the last blog with an observation: there is a particular combination of factors which can make any defence useless. Today we will see what countermeasures can be adopted to try to avoid this possibility.

The security systems, together with good installation and the right amount of user privacy (avoiding, for example, inadvertently sharing sensitive information), serve to increase the complexity of the operations necessary to overcome them.
The fewer the number of people who are aware of which valuables are stored in a particular place the better it is (which is why, for example, it is preferable to avoid the installation of safes during the construction phase and it is much more preferable to use keys with controlled duplication profiles).
The more the mechanical defence systems used require complex and unwieldy tools to be forced, the greater will be the reduction in the number of potentials thieves who are able to get those tools, carry them along and know how to use them. 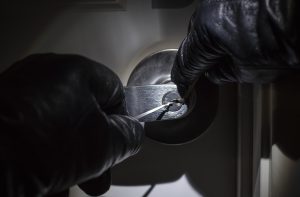 The shorter the time given to criminals to act undisturbed, the greater are the chances that they will give up before completing the theft. For example, the perimeter alarms connected to telephone diallers which provide alerts in real time, as well as the vibration sensors installed on access points or valuables to be protected (such as on the armoured doors and in the safes), help to drastically reduce the time that the thieves have available without their presence being known.

It is no coincidence that many tests required by the standards, which certify the degree of resistance of security products, are based on ratings directly related to the resistance time.
Three, five or fifteen consecutive minutes of resistance may seem, at first glance, to be very short times, just like the jumps which the circus acrobat (the character in our initial example) makes from one trapeze to another may appear to be simple.
If for a moment, however, one focuses on how difficult it is to listen, without being considerably disturbed, to a noise like that of a pneumatic hammer or a flexible grinder or that of an ear-piercing siren for even 3 consecutive minutes, you realise how (unless thieves are sure that, whatever action they take, no one will come to bother them) even 3 minutes of resistance is a considerable time compared to the completion of a break-in.
Unfortunately, however, there are many items on the market (especially cheap imports from the Far East) which have only the appearance security products, but which are unable to resist even for just a few seconds.

Just by way of example, look at the following two videos:

In the first case it is clear that the electromagnets of these so-called “safes” provide no protection against impacts, even very slight ones. They are therefore, basically, “weak safes”.
In the second case we can clearly see how this braided cable is made of steel wires that have not undergone any hardening process, so it is very easy and fast to cut, even with small size cutters. It does not therefore represent a real protection for bikes.

In the next blog we will see, on the other hand, what logic should be followed for choosing suitable protection devices, depending on the valuables to be protected.

<< Back to the 1st part! (Discover the factors that make any defense vain)