If you were asked: “where do you think would be the safest place to park your car or motorbike?”, your instinct would probably be to say: “in the garage”. However, a garage whose door is not reinforced may be, paradoxically, less secure than leaving the car or motorbike parked on the roadside. In fact, a thief who manages to sneak in by forcing the garage door has all the time to act calmly without being seen, while in the street they must generally act quickly, out of fear of being noticed.

How can the garage be reinforced?

The locks originally installed on garage doors do not usually provide an adequate level of security. In many cases, due to the lack of robustness of the doors themselves (made of very thin metal sheets, with a thickness, for example, of 0.6 mm or 0.8 mm), they can be opened easily from the outside, by turning the inside release lever with a small wire introduced through a small hole, as you can see in this video:

More secure systems are those which use screws, such as in the Viro 8217 lock or a spring loaded knob such as in the Viro 1.8234 and 1.8252 locks. It is therefore essential, for the security of an up-and-over door lock, that the command for opening from the inside cannot easily reached from the outside with burglary tools.

Standard locks also have a poor resistance to pulling and drilling, and do not adequately protect the door against breakage or lifting with a crowbar.

A first step towards improving security of the garage is simply to replace the lock with a burglar-proof one.

With regard to up-and-over garage doors there are 3 interesting alternatives.

An armoured lock is the safest solution to resist against brute force attacks, as the body is protected (with steel plates of a few millimetres thick) and the cylinder has a special armour to defend against pulling and drilling.
A good armoured lock also has more locking points, whereas the original locks generally have only one, which makes it quite easy to break through an up-and-over garage door or lift it with a crowbar. 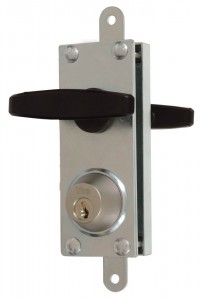 Armoured lock for up and over door.

Watch how to install an armoured lock

The second solution is to purchase armoured locks (e.g. Viro series 1.8234 and 1.8252) which providemultiple locking points. This distributes the force caused by an attempted break-in or lifting over several sides and it can counteract the action of crowbars on all sides of the garage. You can also achieve a good level of security on the cylinder by armouring the lock, for example with the type 806 security escutcheon. 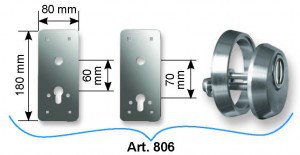 The security escutcheon provides protection against pulling and drilling, whilst the cover plates, supplied with the escutcheon, cover the pre-existing holes (left by removing the outer plastic covers, which are typical of the locks installed originally) and also contribute to the defence of the lock.
Finally, a third solution,which makes the presence of an armoured lock even more effective, is to install additional accessoriesto enhance the overall security of the garage door and the locking system already installed.

Here are the main possibilities:

– fit a protective plate insidemade of hardened, tempered and galvanized steel, to prevent drilling of the sheet metal of the door with a drill or cup-wheel cutter; in fact, as we saw in the photo at the beginning of the blog, thieves often gain access through a hole in the sheet metal to hook onto or grip the command for opening from the inside to release the lock; 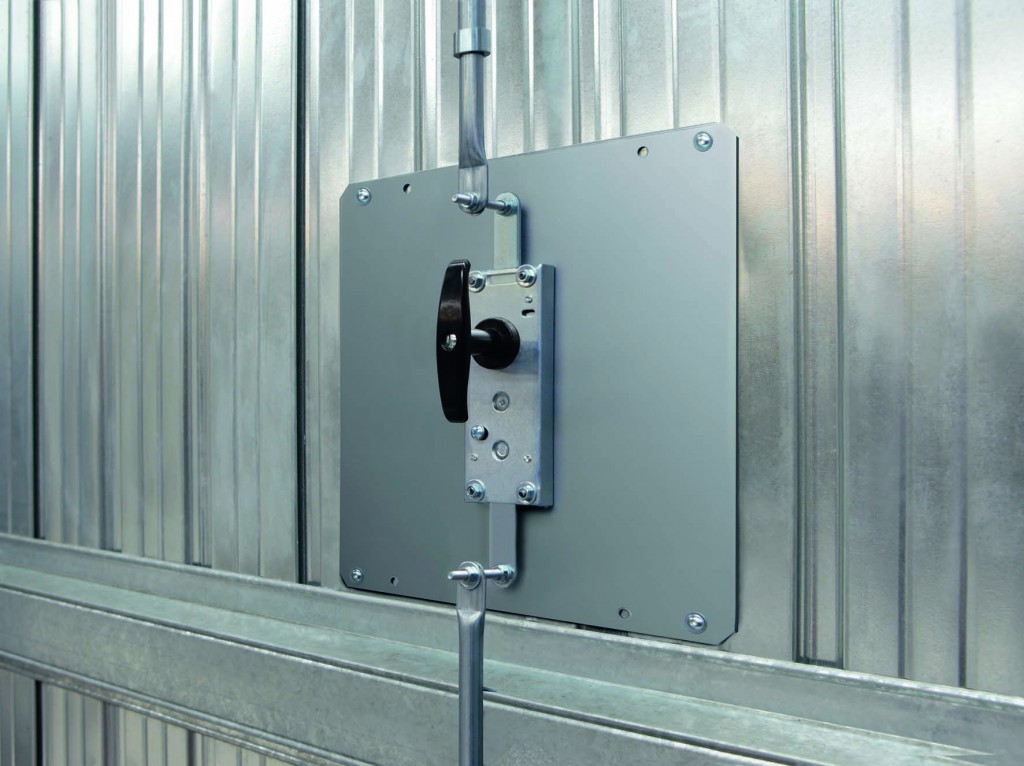 – install a reinforcing barhorizontally at the bottom of the up-and-over garage door, to contrast forcing with long levers which attempt to bend the sides of the door and at the same time to overcome the problem of the possible release by drilling a hole through the door; in fact, the Viro Universal “Spranga” is not operated by a handle, but only by the key of the cylinder; 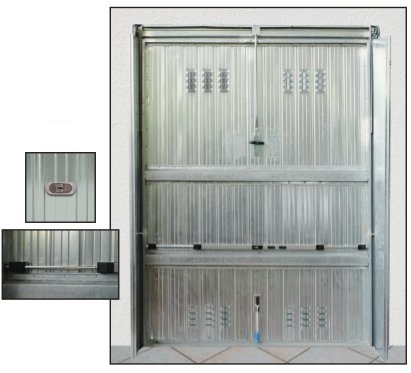 – use also a fastening unit, such as the New Condor with the specific accessory for fitting on up-and-over doors to ensure an additional anchoring to the ground, which prevents the forced lifting of the garage door. 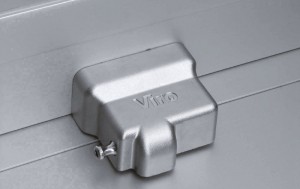 See the Viro range of locks for up-and-over doors

Look at the Universal Locking Bars

Look at the New Condor

The items stored in garages, especially, for example, bicycles, even racing bikes, are often even more valuable than many other items kept in the house and thieves are aware of this. For this reason, the attention dedicated to protecting your garage should not be less than that which you give to your actual home.

Click here to see the three different levels of security for a garage.